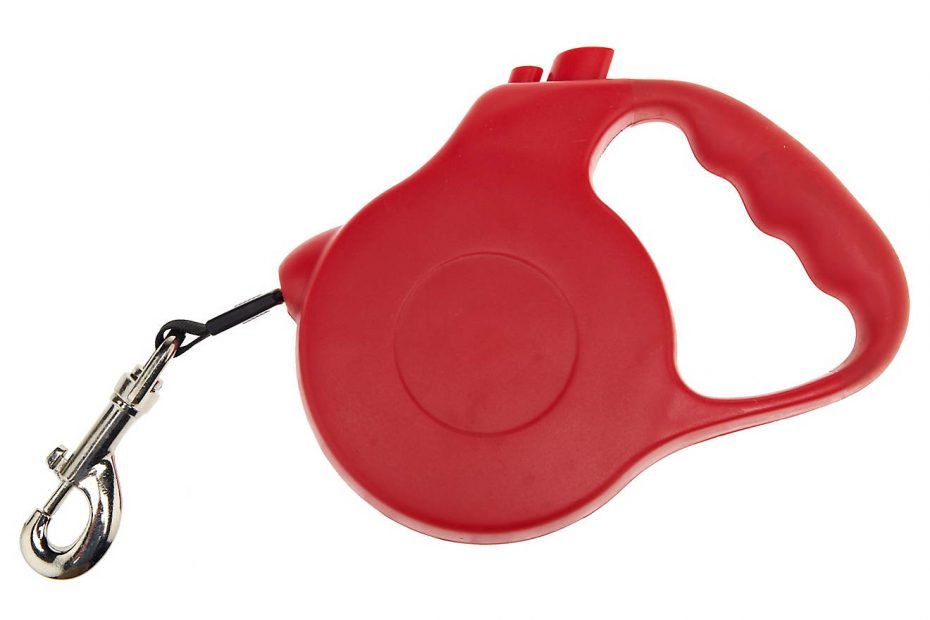 Pet owners’ tastes are diverse, as the billions in annual pet supply sales will attest; but this means the market is full of poorly designed or cheaply made items. But cheap materials are just one of the retractable leash problems dog owners are willing to endure for the freedom of a zip cord.

Leash sales surged as city-pet ownership grew in popularity. Before that, unfettered urban mutts were seen as nuisances and hazards to public health. Eradication was the standard canine population policy until the mid-19th century when dogs became fashionable accessories. The ASPCA, humane standards, and leash laws quickly followed.

The retractable leash came to us from Mary Delaney, patent 1908, Manhattan NY. Her goal was to limit the time women spent manipulating the leash while walking their dogs. She felt dogs needed freedom to roam, and owners needed freedom to ignore it – an opinion still popular today. The retractable leash underwent several variations, settling on the current hard-plastic case, rope-cord model of today.

A hard plastic case is a good idea for protecting eyeglasses, but not dogs; and especially not for controlling a large dog. People’s hands come in many sizes and shapes, and although it is easy enough to find a case with a comfortable-fitting handle, the way the hand grips the handle decreases the strength of one’s grip. A hard, unexpected jerk from a large dog is enough to yank the whole thing out of the hand. Worse, it’s enough to topple over the pet owner.

Once the grip is lost, the leash-case launches through the air while the retraction mechanism engages if the safety lock is off or gets disengaged during flight. Woe to anyone in the path of a flying chunk of rock-hard plastic with a slicer cord coming out of it. If that hard case connects to a dog’s face or small child, there may be at best a lot of screaming, at worst severe injury. This is the exact opposite of control, which is the whole point of a leash.

Retractable leash cases and handles are even harder to grip in cold weather. Cheaper models have cheap parts, so the cord may break or fray, the lock may fail, the case may come apart, or the collar hook may rust or fall off.

The purpose of a leash is to control dog while imbuing it a sense of security. A dog can tell a lot about a person by the way they hold a leash. Too tight: place not safe; too much lead: dog in charge. Now imagine that dog is your kid looking to you for guidance.

This is one of the biggest retractable leash problems: the communication breakdown. The owner is gives the dog mixed signals from the way he handles the leash, the dog tries to adjust its behavior and ends up looking psychotic to humans who do not understand dog language, and eventually someone gets hurt. The worst hurt is a dog killed by a car because he had too much leash. It happens. Again, imagine that’s your kid. The world has many dangers.

Dog anxiety decreases when it knows its owner is in control of any situation. A dog owner has a lot less control of a dog 100 ft away. The dog may not respond to recall commands, it may attack if it incorrectly senses danger, it may be stolen or injured by a bad human. They’re out there.

For a wee chihuahua, chances are good that a retractable leash can hold up under the tiny pressure, but it won’t prevent a tiny dog from getting under foot or wheel. The rope or cord can also wrap around dogs’ or children’s legs and necks. The lock stops the cord, but then the cord gets unwieldy, wrapping around legs, leaving rope burns and cuts, or tripping everyone in a 6 foot radius. Picture your octogenarian grandmother’s frail skeleton crashing to the cement.

Don’t buy retractable leashes. Just because you haven’t had a bad experience yet, doesn’t mean you won’t.